The expert of climbing history will easily recognises on the last part of this report by Maurizio the quote to the famous article by Rehinold Messner “The Murder of the Impossible”. Published on Alpinismus magazine It was inspired to the middle Europe mythology “impossibile in mountaineering has been cancelled, the dragon has been poisoned and Sigfrid, the hero, is unemployed”. Messner’s objective was to criticize by a metaphora the alpinism of that period focused on aid climbing and stopped on freeclimbing progression. How an article of 1968 could be related to the recent Patagonian expedition by Maurizio, Mirco Grasso and Francesco Favilli, supported by CT and Hervè Barmasse? Giordani’s report tells about his first attempt on 1995 to the Cerro Piergiorgio’s North-west wall, still unclimbed. During this attempt he and his mate, Gianluca Maspes,reached a high point on the wall before retreated and call the line “Gringos Locos”. 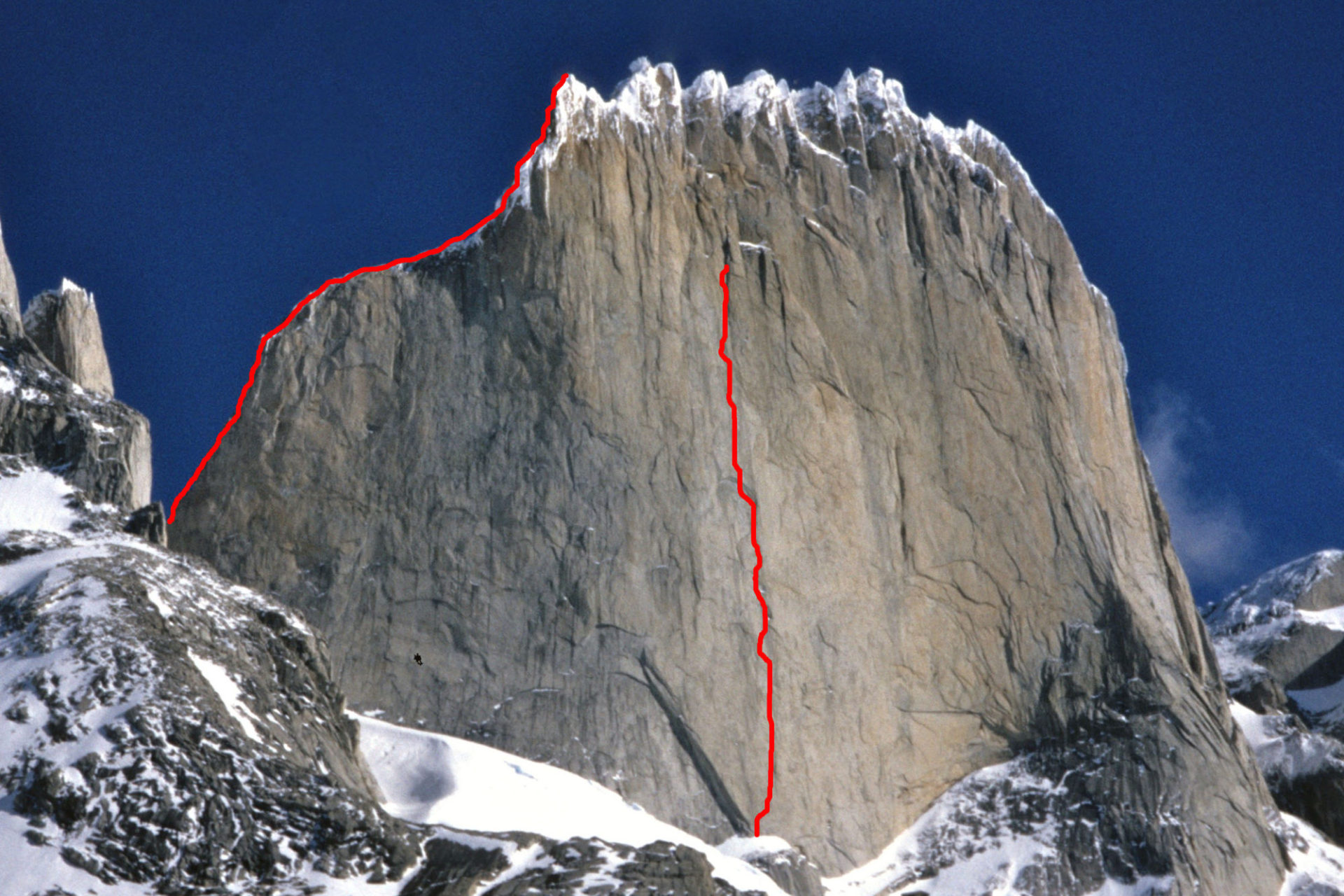 After four attempts, anyone is still succeeded in reach the end of the line. Starting from this fact Maurizio state his hope that everyone will attempt this route keep respect for the fair means they adopted at that time. So, congratulations to all the team for this last try despite bad weather and… long life to the dragon! Because – in our opinion – there’s more value in a light&fast style attempt than in concluded ascent adopting every means. 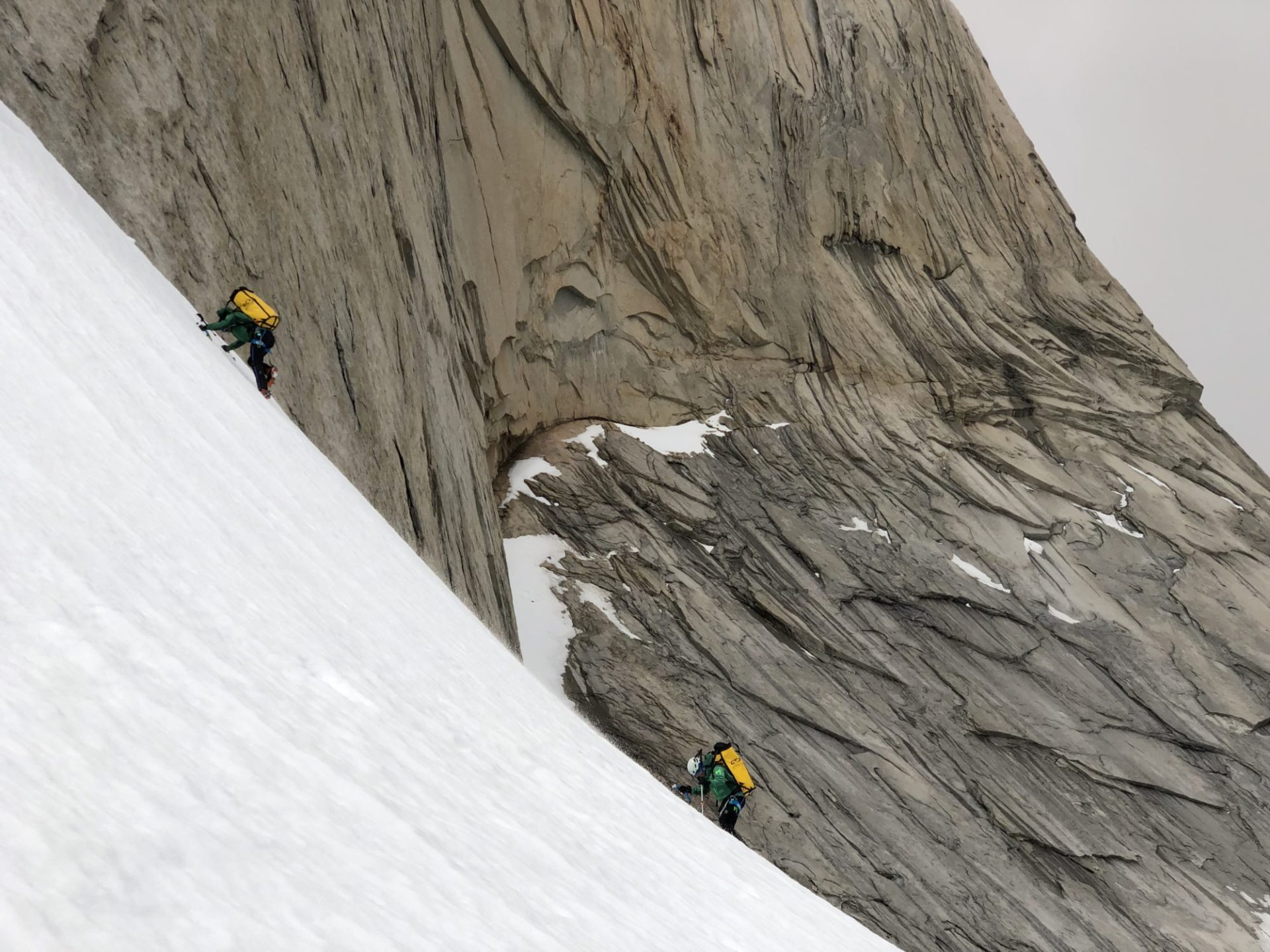 “Gringos Locos, our attempt made by me and Luca Maspes on the central part of North-West wall of Cerro Piergiorgio is still there, unfinished. It’s the third time that I’ve attempted it, having all what it takes but I’ve given up again…

Too much continuous and furious wind and only one day with enough good weather for climbing such a compact and vertical wall of red and yellow solid granit. At the end, with Hervè Barmasse, Francesco Favilli, Mirco Grasso and the joined Paolo Sartori we decided to take advantage of this single day – the 26th December- climbing another summit, Cerro Domo Blanco, instead of attempting the line. And the choice has been for sure right. Otherwise we didn’t bring any of the nice mountain pictures that we shot along the ascent and on the top. A beautiful 360° view balcony towards some of the well-known as the most extraordinary and harsh mountain of the world. Cerro Piergiorgio at the left, Fitz Roy in the middle and Cerro Torre at the right side, with all their satellites around and the infinite Hielo Continental glacier behind shining in a very rare calm of a perfect weather will be my unforgettable postcard of this trip. Then we went down, under the west wall of Piergiorgio, five people with only three ice axes – because one has been lost, along steep ice slopes where there’s no error options. A continuous ice pieces fall from the rock face above keep us aware all the return. And finally the bivouac at the base of the wall, when we had previously equip our advanced base camp. The day after when we wake up with a screaming wind and the cloud of a storm attached to the walls we decided to bring back all the gear. 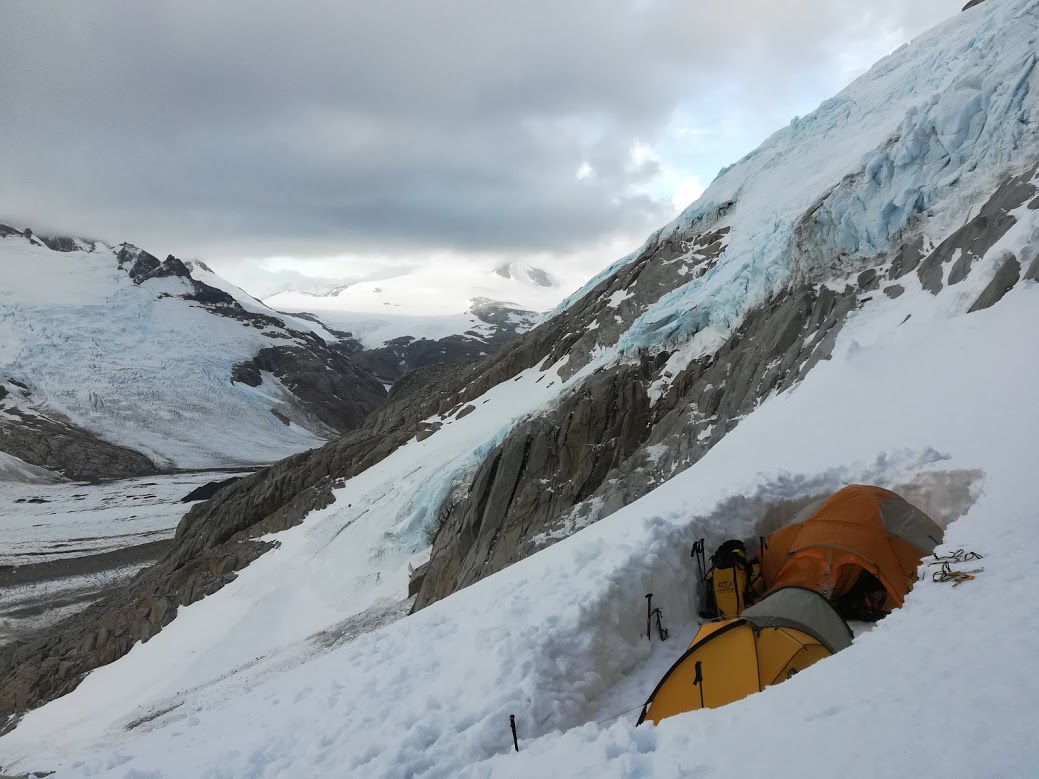 Four failed attempts and 200 kilometers of “extreme trekking”, that how’s Hervè called the approach to the wall, for us were enough and It didn’t seem a good opportunity to push more.  Apart the time remaining before the leaving, we were conscious that the long timing forecast didn’t promise any good changes. No possibility to see three or four days necessary to keep some hope to reach the wall and climb it. Once more that project born in 1995 has appeared “avant-gardist”. In my memories I remember wonderful climbing days with Luca on that ascent, on a really hard climbing but we were experienced for. Unfortunately, that really quickly change of weather in bad, on the 22th pitch, crashed our dreams just almost done, and then almost impossible. One year later after we came back at the base with a gift: many nice weather days that we were not be able to take advantage because of a bad plan of amount and typology of gear. So, we opened a easier route: “Esperando la cumbre” but we can’t attempt again to conclude Gringos Locos.

Then another attempt by Luca in 2007, together with a strong climbers team that didn’t arrive at the big “Corazon” in the middle of the water, because of an accidents (luckily with no sad consequences). And finally, the last attempt, that confirm the extreme difficulty to close this line with such unique and rare characterise in the whole Patagonia and, maybe, world. After all, whether 23 years and four try the route is still there to finish is the proof of its engagement. Few meters and It would be possible to reach the line “del Hermano ” and from that the top.

I’m just saying that the wall is 900 meters high and the lower 700 are completely monolithic and vertical, without ledges and weak sections. It’s fully exposed to the strong west wind without any windbreak.

A hope for the future

The climbing style expressed by us in the first attempt has been at high level, few materials used to proof a precise ethic choice: we hope that anyone in future will ruined the tracked line. To conclude the climb respecting the choice of the first attempt you need certain precise conditions: some no-wind days and climbers able to climb on high difficulties with few pitons and without bolting the rock. This is the issue. To find these two conditions on ones of the aesthetically most beautiful and technically hard rock wall could seems complicated. But I would like, and I hope that in future anybody will “kill the dragon” (we mean the thin limit between possible and impossible) besieging the line using every means.

Arrogant mountaineers with enough time and gear could today climb up everything. But I would prefer that Gringos Locos will remain a wonderful attempt instead of a masterpiece ruined by presumption… 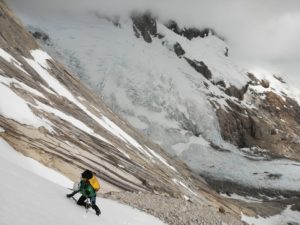 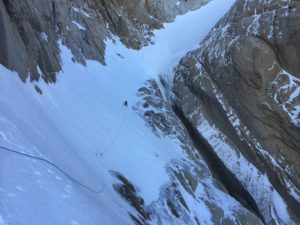 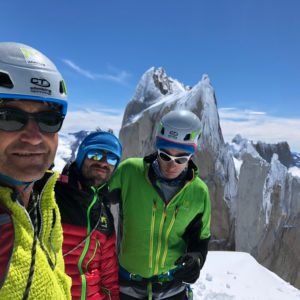 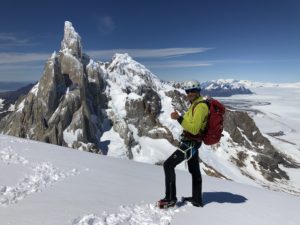 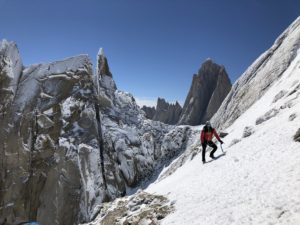 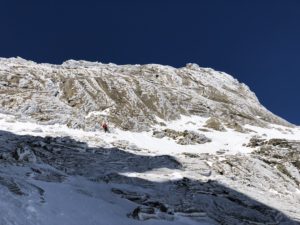 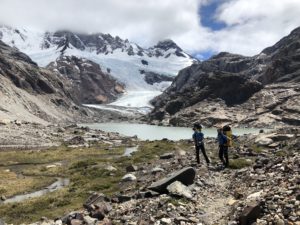 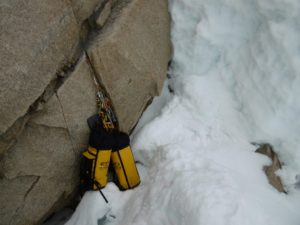