The storytelling by Ermanno continues:

“24 hours later we were already with our big backpacks. We reached Paso Marconi and went down the rocks where we left some stuff. We ate our first dehydrated dinner and bivouacked there. The day after we woke up early, at 8 am we were already at the pass and on the early afternoon we finally reached the Circulo de los Altares and, ahead, the “Filo Rosso” rocks. This famous place called so by Ragni di Lecco during their ascent of Cerro Torre West side. 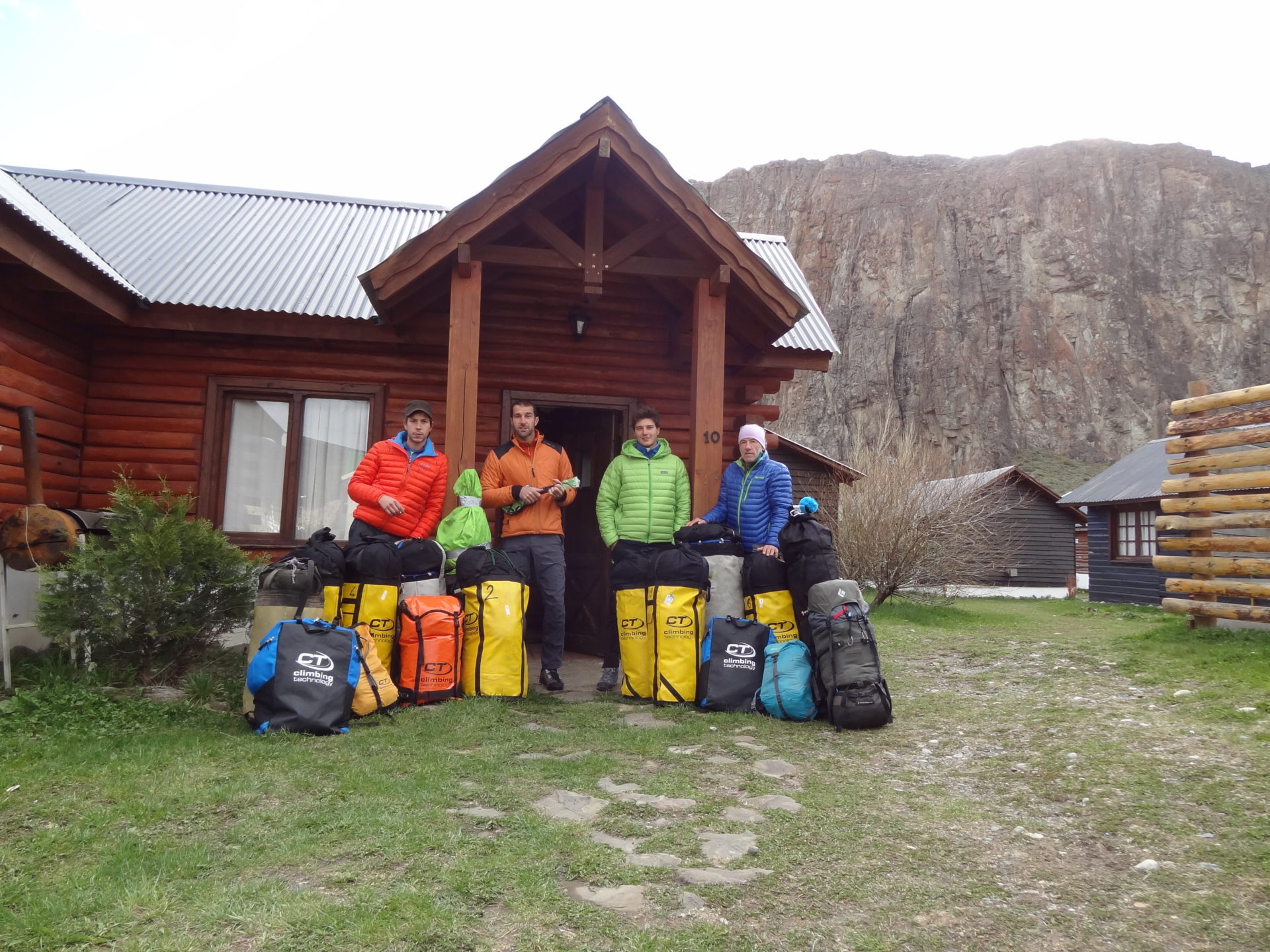 My first time here was in 1997 during the first attempt to this wall with Adriano Cavallaro. Then the year after with Mauro Giovanazzi we opened “La Gioconda” to the “Falchetti Pillar” on Punta Herron. Then, in these recent years, 2013/14/16 and now my project has remained the centre of the Egger west side wall. “I’m here again”, digging a snow cave, our White House that we’ve called “casita de los Tehuelches”, the Patagonian natives. 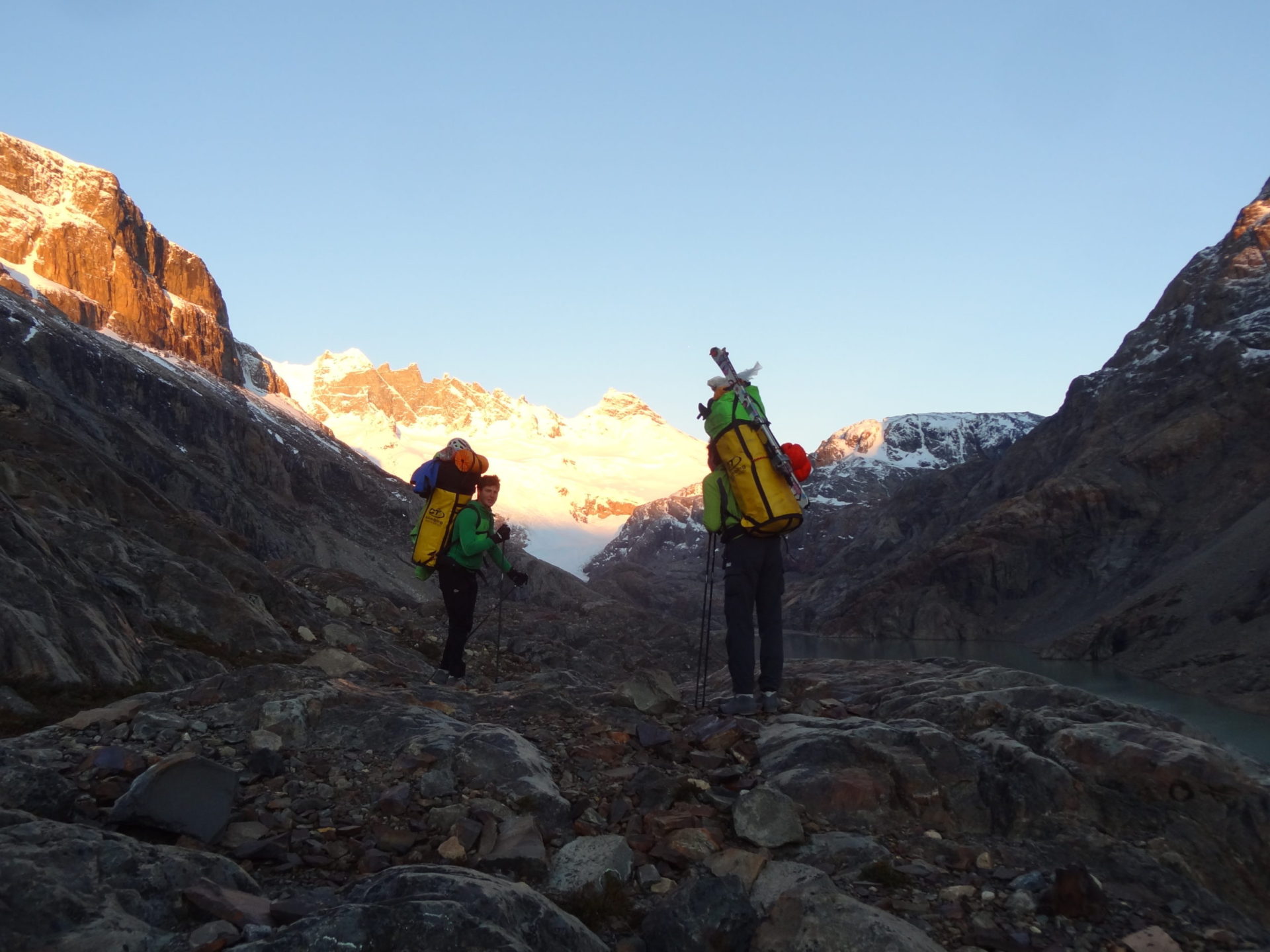 The capacity of our Zenith has been full loded

Finally, on the Hielo Continental, the most impressive and the biggest Glacier on Earth (Poles excluded)

Soon we started the travel on the glaciers to reach the base of the wall. During our real first trip we stayed on the wall 4 days climbing and resting in our two sides “portaledge” (rigid hammocks covered by a shell). Then bad weather force us to rappel down in the snow-cave waiting for better conditions. Our unique contact with the world is by satphone that we used mainly for receive the weather forecast from our affordable friend, Rolo Garibotti (ed. famous and experienced Patagonian climber). Weather is always worst, so we decided to come back to the town. With light backpack although the awful conditions and against the strong wind in four hours we reached the pass, and descended from the new track along the Laguna Catorce, very long but more adopted in the last years. After 40 km at 9:30 pm we arrived in El Chalten. 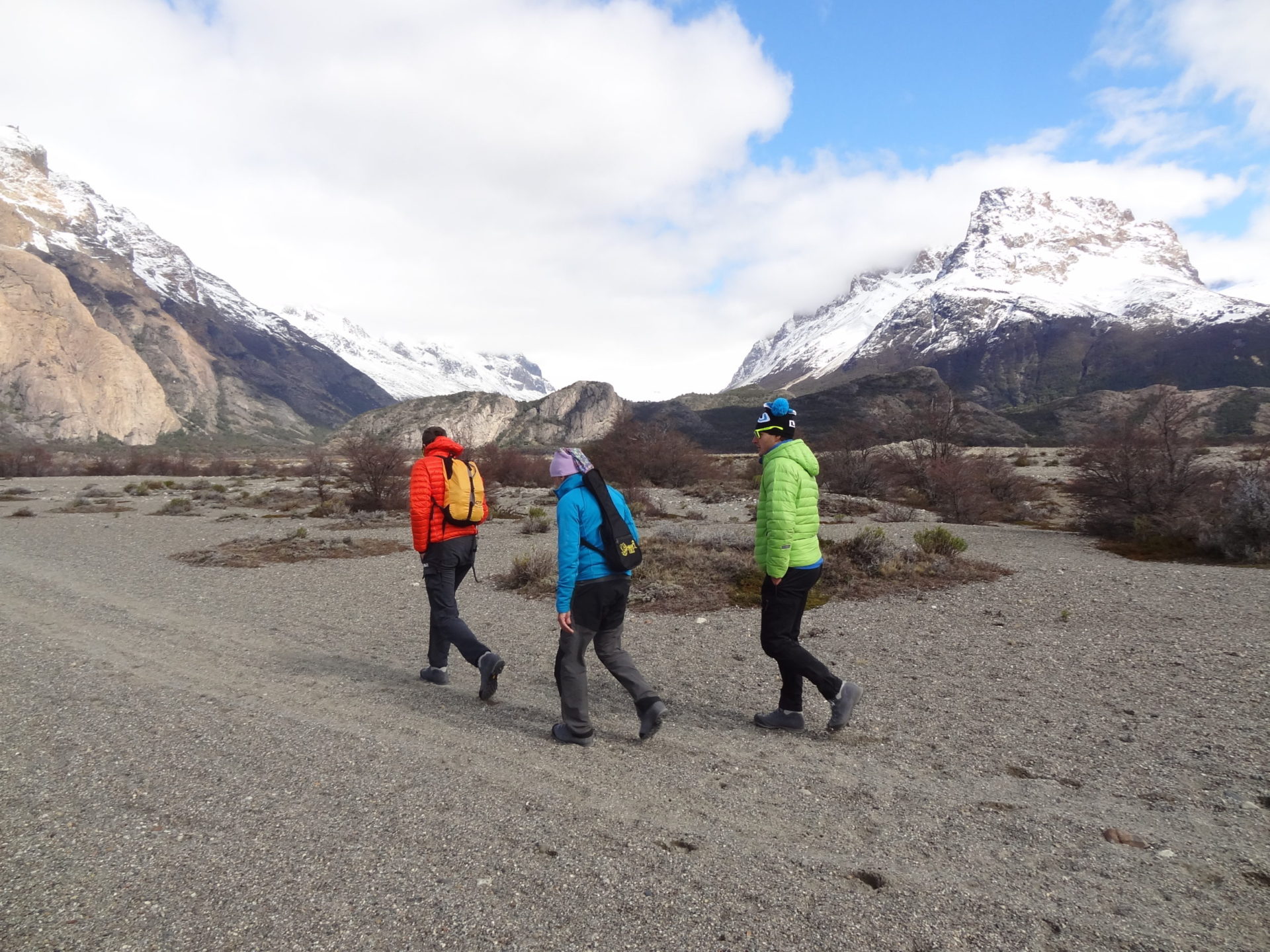 Along the path towards the Piedra del Fraille