Who knows Francesco Salvaterra is aware that since he concluded the course to become alpine guide, he always dedicates at least part of the austral summer period to ones of the mountain range he love more… Patagonia. Since the first visit in 2012 almost every year he’s came back in this part of the world, often with his clients. He’s now just came back and sent us some shot and a short report, we proposed it in two episodes. 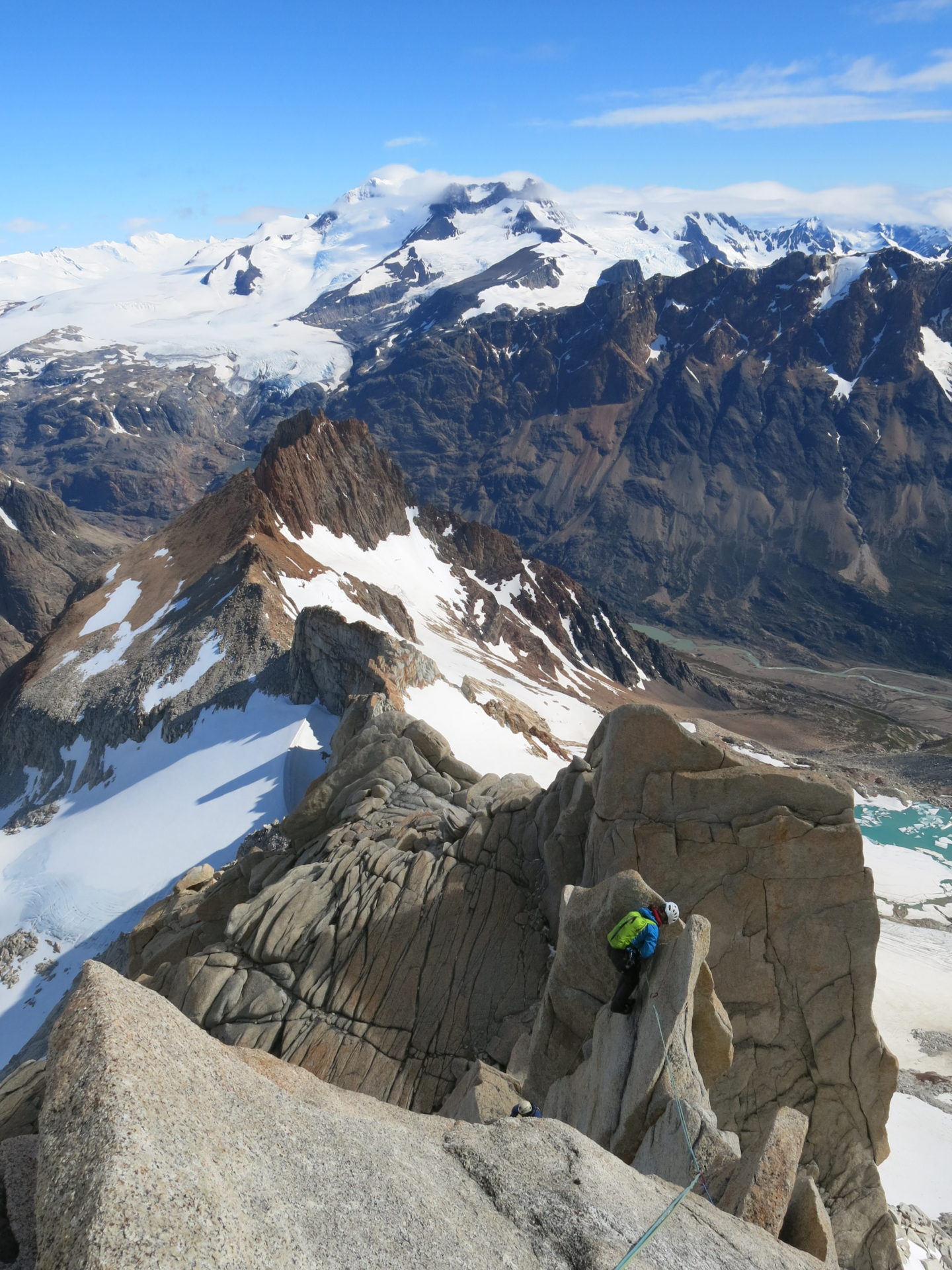 Just a day after the arrive of his client Jordi in El Chalten a brief enough good weather window was coming, Franz was in the town since a week with other colleagues and friends. Everyone would like to attempt the Fitz Roy, the highest peak in the area but weather forecast didn’t seem sufficiently good. So, him and Jordi made do an easy climb to Cerro Electrico.  Both the teams went towards refugio Piedra del Fraile because all around there are many short climbs adapt for uncertain weather.

From there they’ll climbed up the 1000 m to reach the Piedra Negra, they anchored very well the tents with food for 5 days. On Monday they woke up at 4: It’s cold, strong winds and cracks are full of ice, no good conditions for rock climbing. So, they changed the gear and walked a 600m up harsh gravel slope to Guillaumet pass. After the terminal crevasse they started the climb of Amy couloir until the col on the ridge. Here the west wind was really strong and cold so they descended.

On Tuesday It rained and there was wind all day, so the two teams rested in the tents hoping in the day after. They were the last climbers remained in the camp and so It would be in the next few days because of conditions. The sky is covered e It rain a little bit. They chose to climb the Giordani ridge that links to Fonrouge line and It could be an own ascent. The rock was wet, but the pitches are nice and not so difficult. Pitch after pitch weather turn good and, surprisingly, without wind, very rare conditions here. At 11 they were on the link point with Fonrouge. It was late but the weather at that point was definitely nice, so they decided to push and arrived at 6 pm on the top. They descended very quickly to the Col and arrived at the tents at 10 pm: a long but very satisfying journey.  For the guide and member of our team, Franz, is his 4th summit of Guillaumet but “It’s always wonderful” he said. The team of their friends climbed Hypermarmoz and linked to the Argentinian line, stopping 4-5 pitches under the summit. “To be reach by darkness here on these walls is never a good idea” explained Francesco “It has been nice to live these days with my friend Marcello (ed. Cominetti – alpine guide) and our clients/friends: I started guiding on this area as his “pupil” and guiding here together year after year since is always a pleasure” 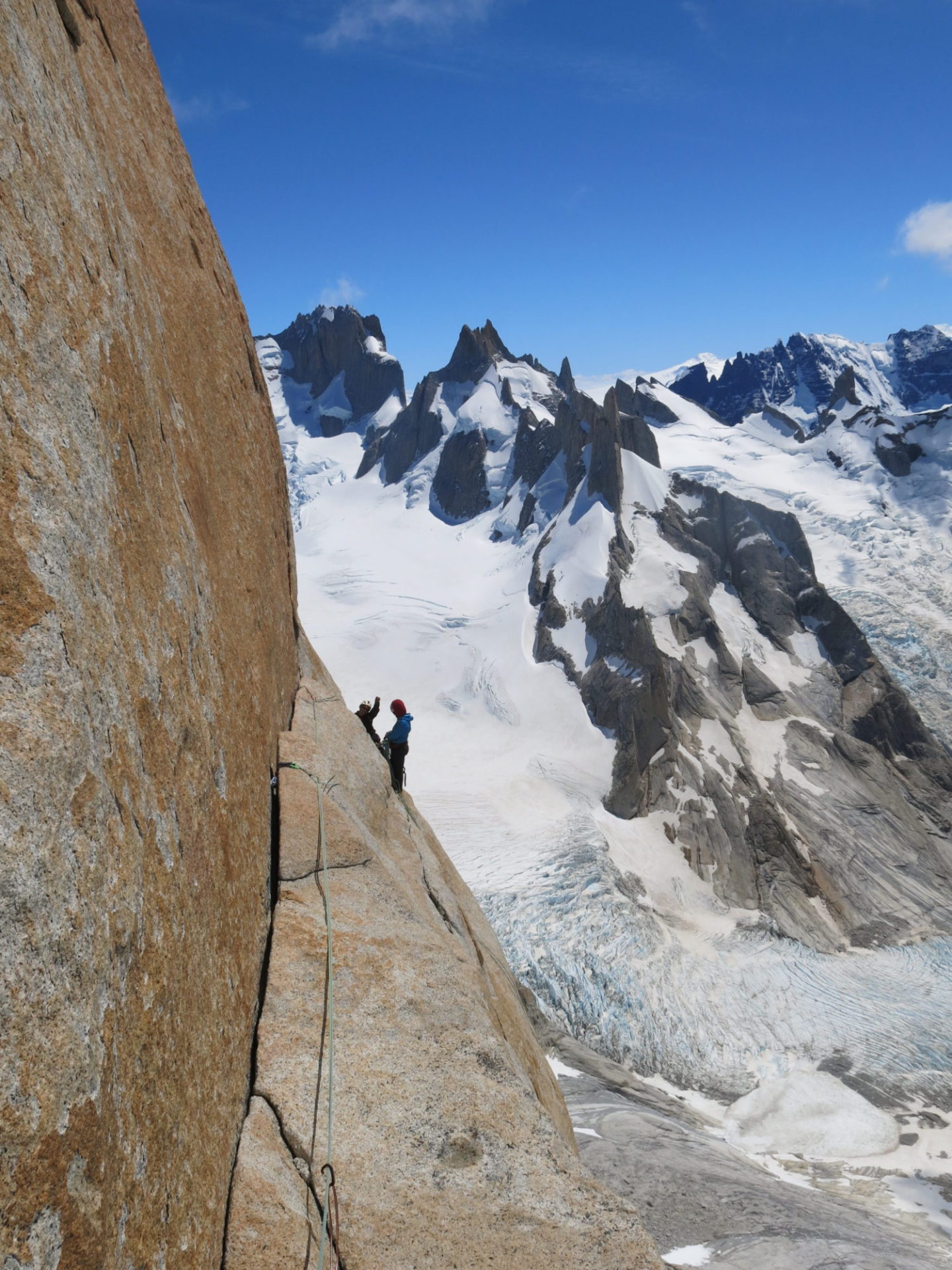