We know Ermanno since some years now, some of us, also had the honour to share the rope with him and participate in 2013 in one of the attempts on the climbing project that for several years now occupies his mind, perhaps more than any other.  Never tired, always restless and ready to climb even in bad weather, Ermanno’s stormy temperament reflects, in some way, the heart of the land to which he has dedicated so much of his life:  Patagonia of course. 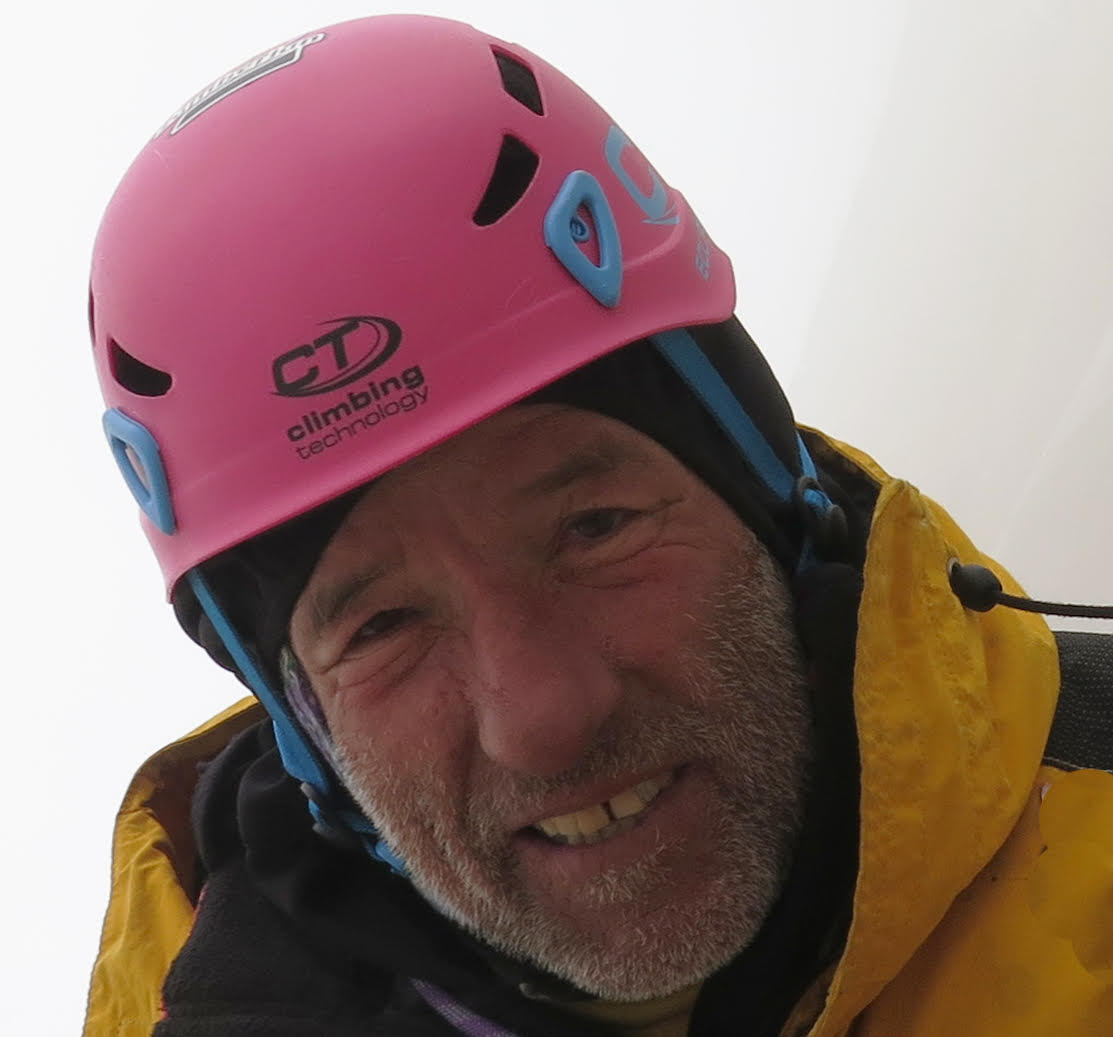 Torre Egger, west wall. Can one possibly say the last great unsolved problem of these peaks? Certainly not, the history of alpinism is full of ” last great problems”, but it is always the imagination of a Man that creates it and the Man to solve them just for the sake to create new ones. And so, specialized Magazines will always show plenty of ” last major problems” at least until there will be someone who will be able to stare at his mountains trailing for new perspectives. But certainly, it remains an ambitious ascent. To attempt the climb from its centre, means to encounter highly technical and logistical problems. We will read directly from Ermanno’s words, which we did not want to modify, to leave intact the sense of “eternal childhood” of a man who still has a dream about his mountains,

And here is how it all went…

“How has our expedition to west side of the Egger gone, are you asking? So, let’s start from the beginning… 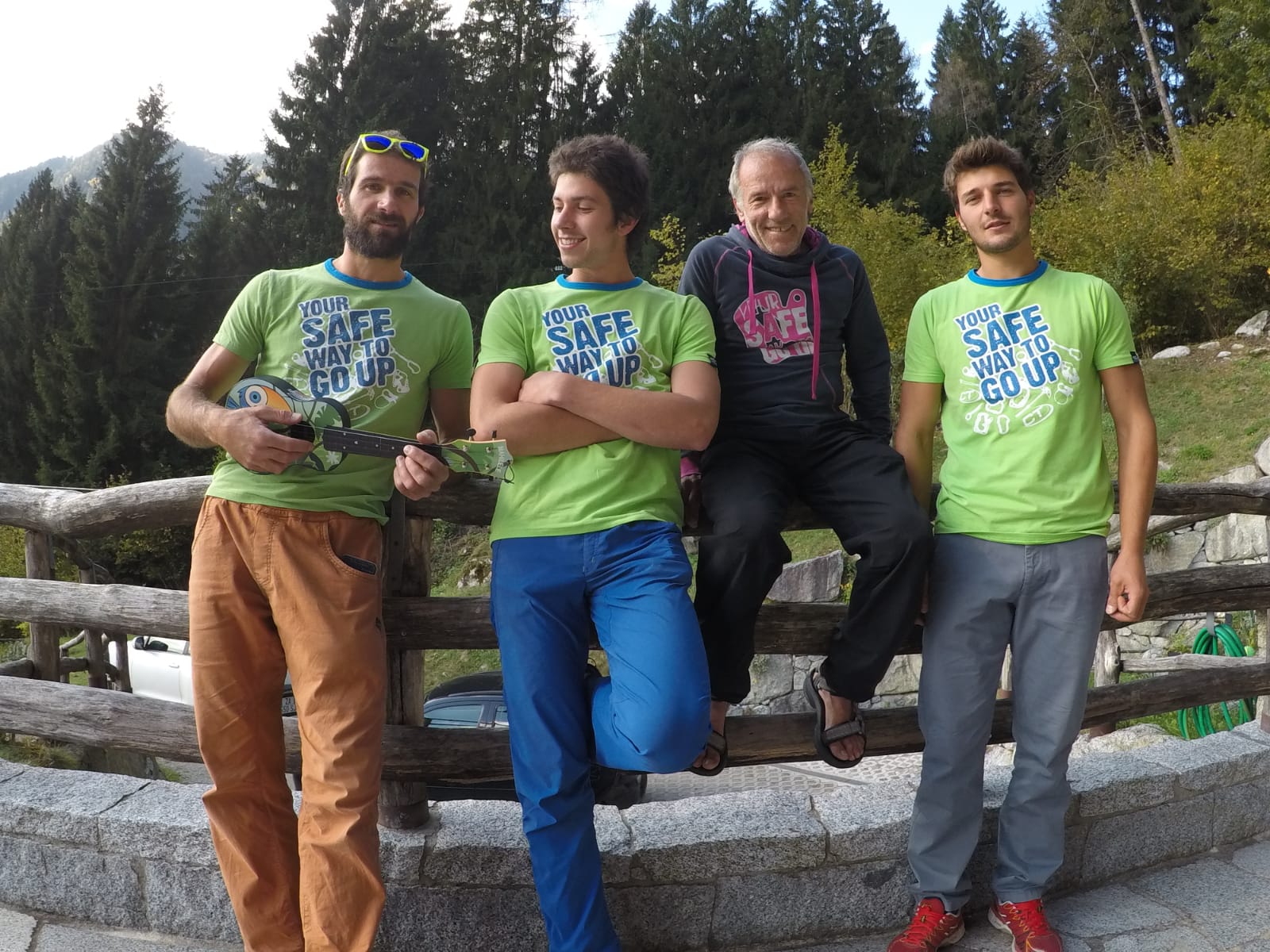 The team in his Rendena Valley few days before leaving 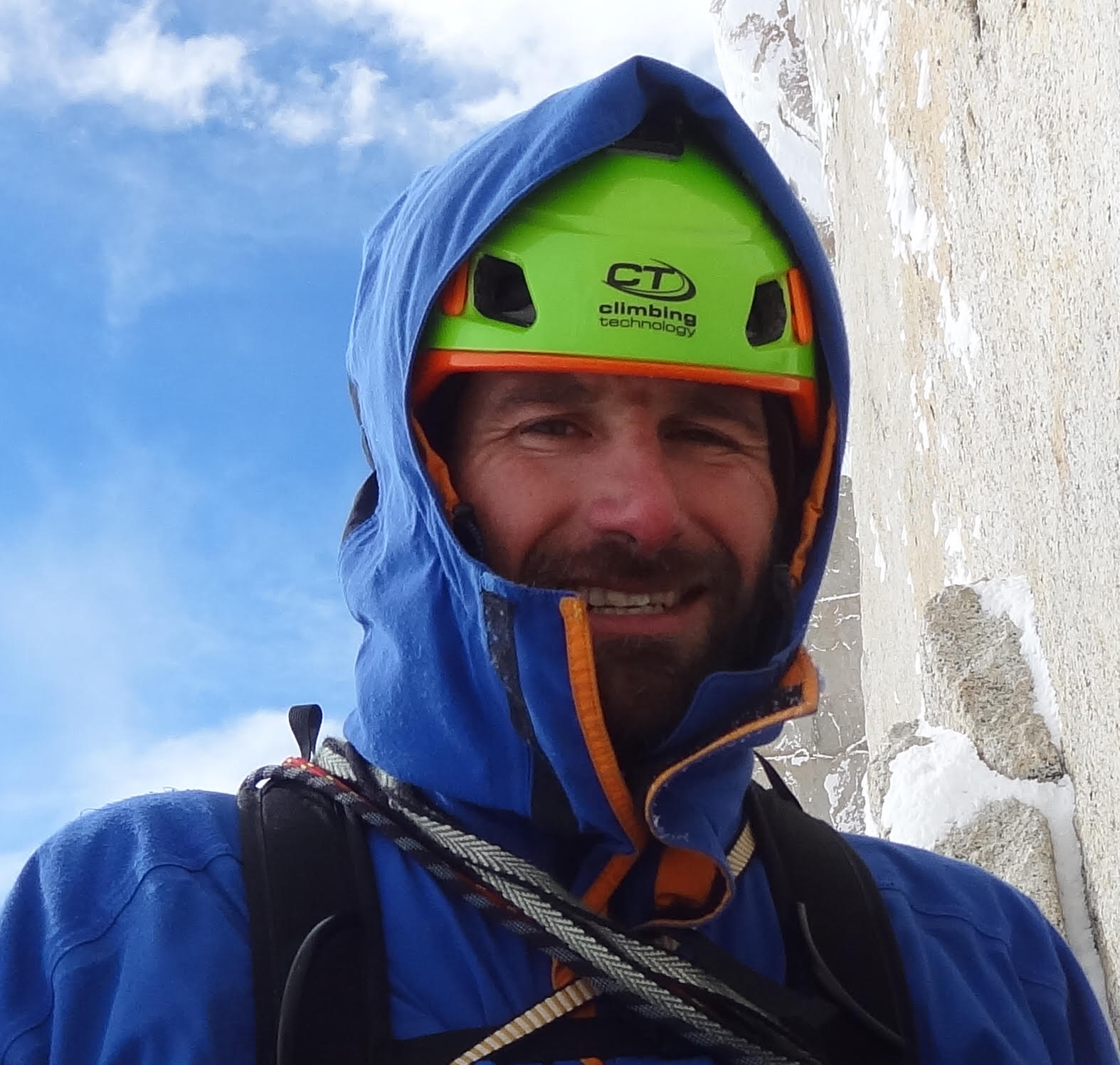 Alessandro Beltrami: I was already in team with him during the 9 days on the Est wall of Cerro Torre in 2004 opening “Quinque ani ad paradisum” with the Strong Giacomo Bossetti. The following year together with Rolando Garibotti opening “El arca de los vientos” on Torre too, the line that Cesare Maestri state he climbed with the Strong Toni Egger, perished during the rappel. So, here it has been again with me for that has been another amazing adventure. 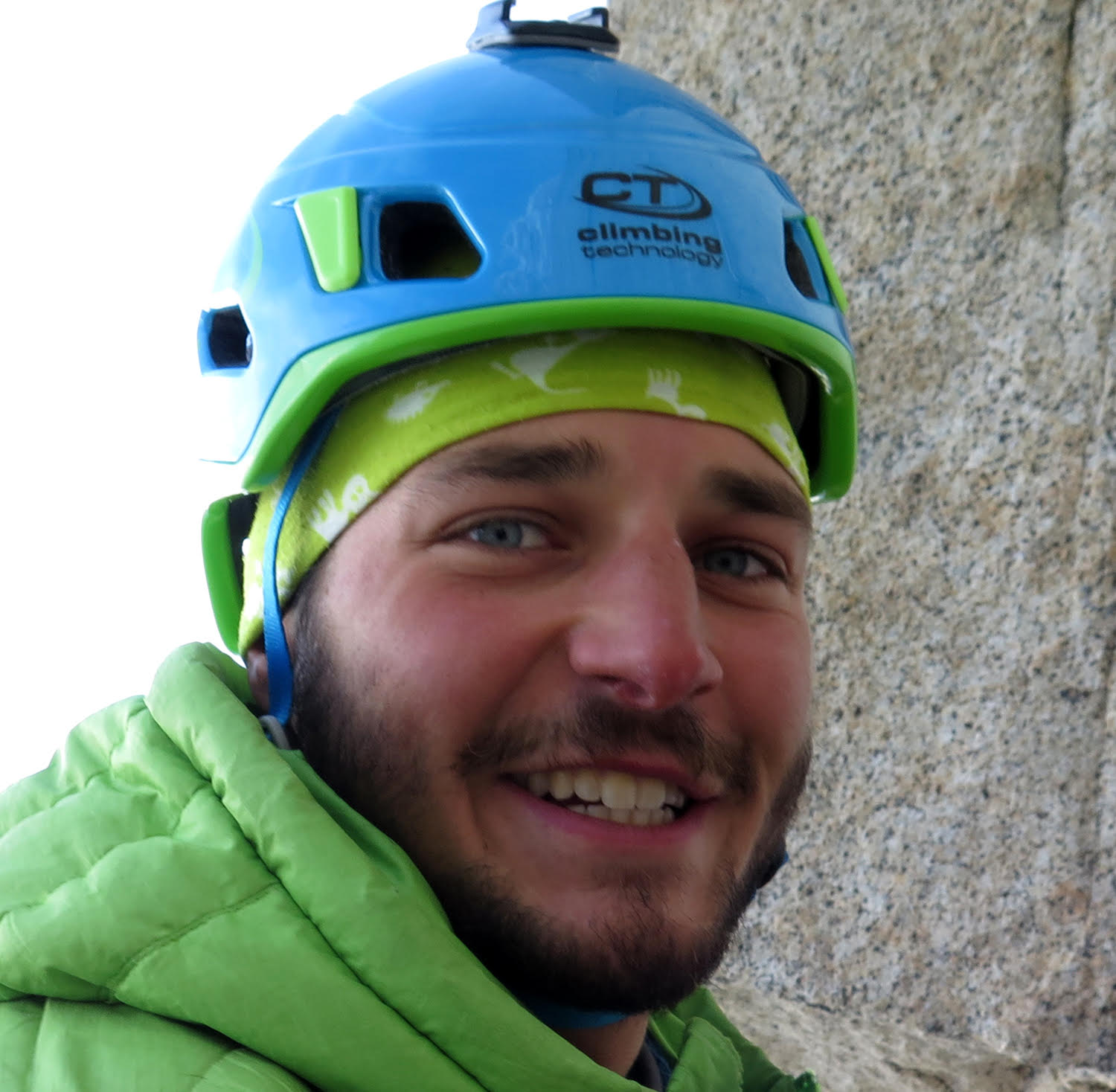 Mirko Povinelli: Very strong climber that is participating to the alpine guide course. Very robus phisic, a real… “monster”. Tiredless and with an athlete’s rate. A good company friend during the annoying bad weather days we spend into the portaledge. 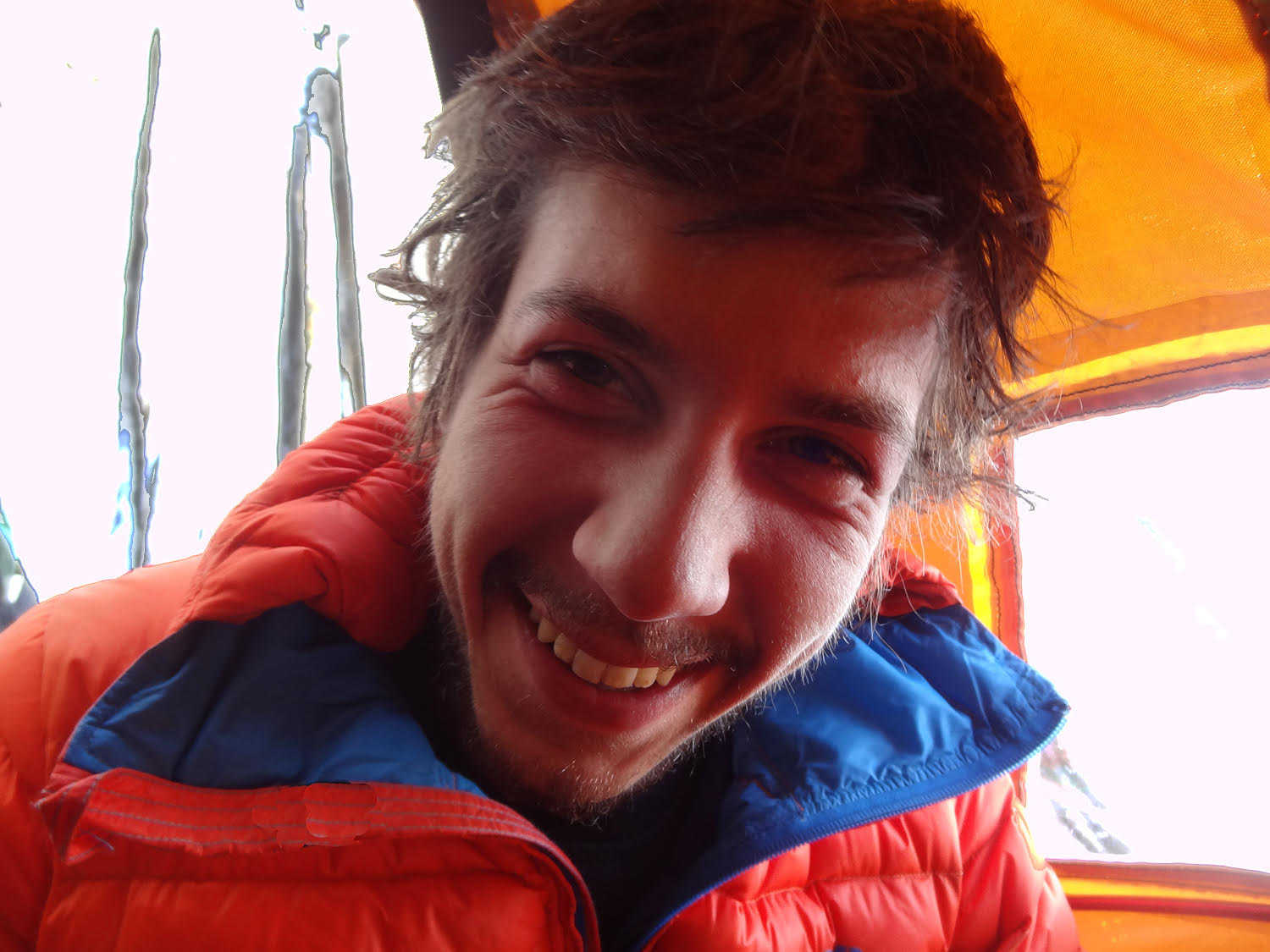 Giorgio Roat: at his first experience on hard and new terrain. He has a strong body too thanks to his job as a woodpeacker. Tireless also in the dark moments he is also very pleasant.

We left on 15th  October and on 16th  we has already been in El Chaltén. The following day we did the last preparations of our stuff and on 18th we left the comfort of the town towards Piedra del Fraile, the last refuge protect into the wood. The day after we started to bring the charges towards Marconi Pass, the windows towards the glacier and our side of the mountain range. Very long and tiring days. Before to attack the wall we take two rest days in town for a good dinner and to wash ourselves.”