Jozef began the climb early in the morning and managed to send the route in a dramatic fashion, on his last day in Sardinia. He sent the first 4 pitches on first try, it took two tries to send pitch 5, as he fell off at the crux at the top of that pitch.  The rest of the climb was sent alongside with his climbing partner Milan Misovic. During the last pitches, weather came into play, but thankfully the quick rain came and went and at 8:30 pm, Jozef climbed his last pitch.

Prior to his send, on Sunday April 22/2018, Jozef had a very successful try however he was unable to get through pitch 5 (grade 10). During this try, he was belayed by Tibor Bellak.

«…Last year, I spent my summer in the mountains of Kyrgyzstan, which was a fantastic expedition, however as it goes with the first ascents in high elevations, there is less climbing, and even after my return, it took some time to adjust. After my conversation with my trainer, Peter Slivka, we concluded that “Hotel Supramonte” would be a great and challenging goal, even if it would take a lot of work, planning and not to mention that I don’t have a lot of experience with routes of this scope».

«…”Hotel Supramonte”, is one of the nicest multi pitch routes I have ever climbed. Just like in Patagonia, Kyrgyzstan, or the High Tatras mountains, it has been confirmed that in order to be successful, a good combination of circumstances, which have to be deserved, is needed. Yes, even the pinch in the 3rd pitch held and I didn’t slip, the left foot on pitch 5 was glued to the rock, the rain on pitch 9 had ceased. In situations like these, nothing else remains except for the person to give all his maximum, and the outcome is to be left out of control».

«…Around pitch 5, I caught a strange flow when the blood started leaking not only from my fingertips, but also under my jeans on my knees, the pain in my toes was excruciating, and we still had 250 m of steep and sharp climbing to go. At that moment, I began to completely ignore all the pain with each move I made, and turned it into a motivator of what I came here for». 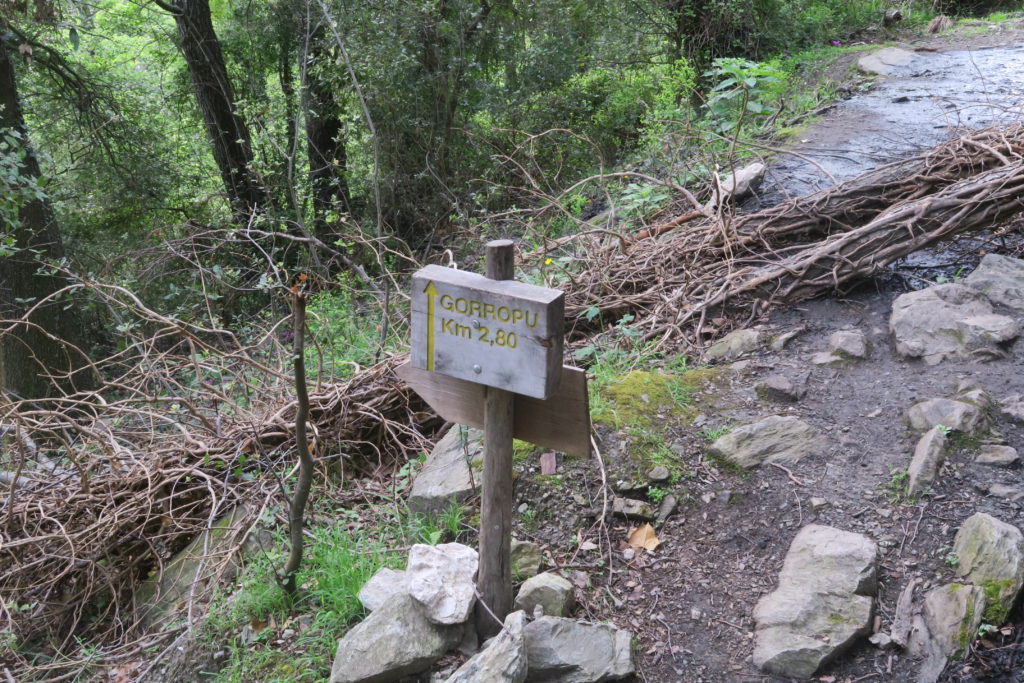 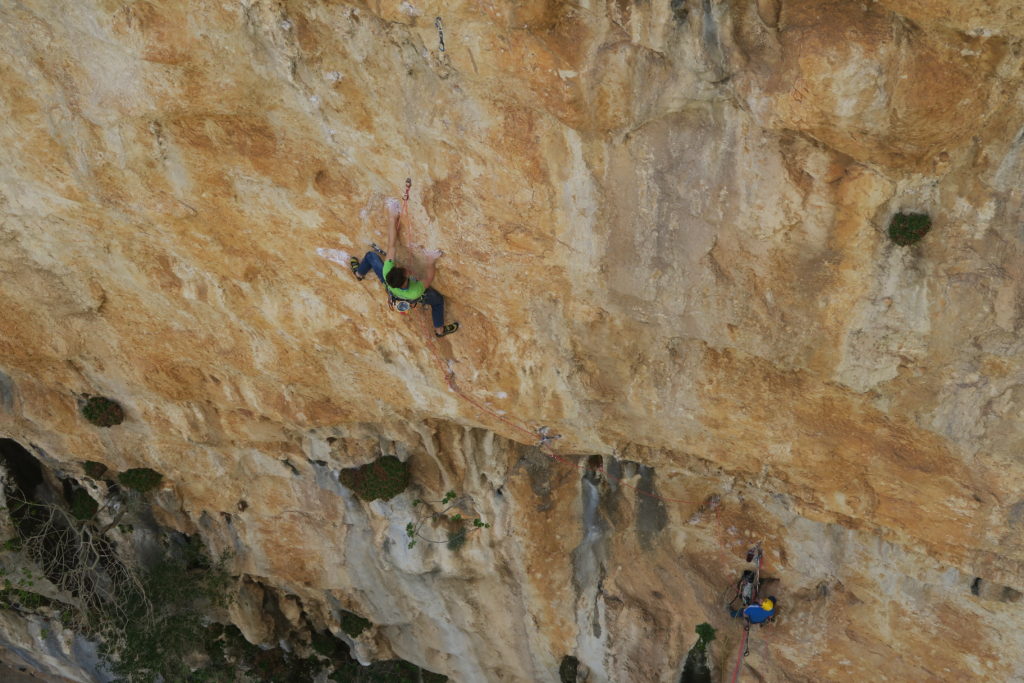 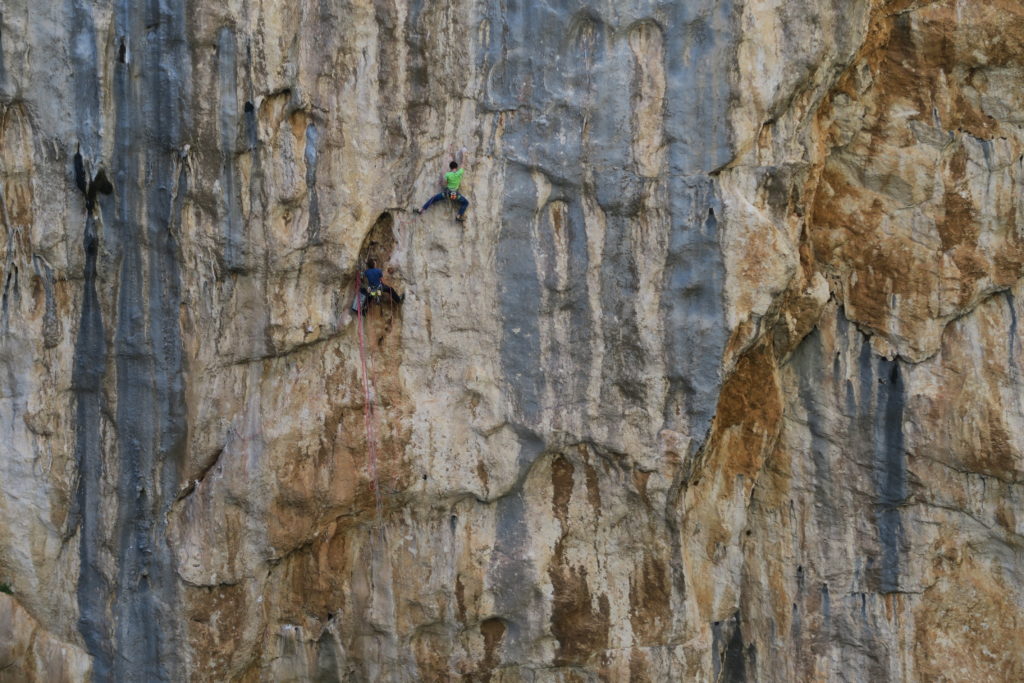 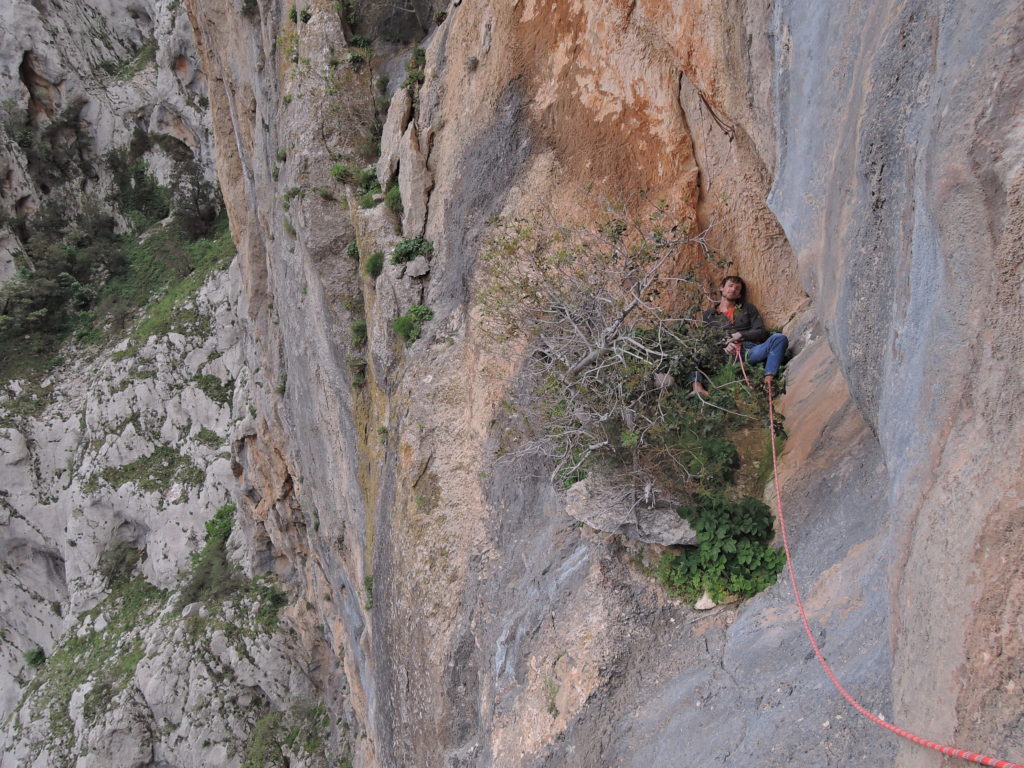 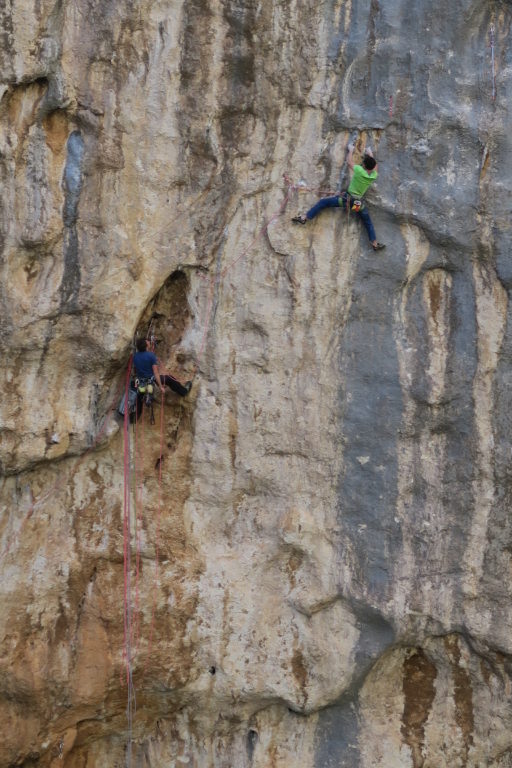 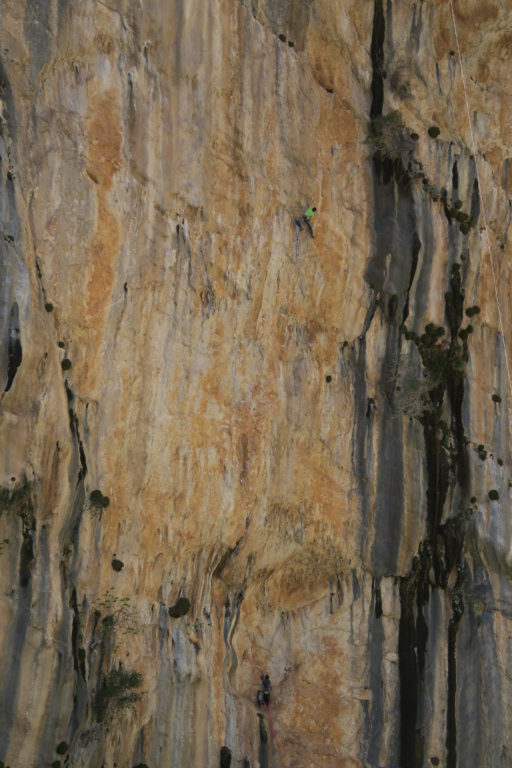 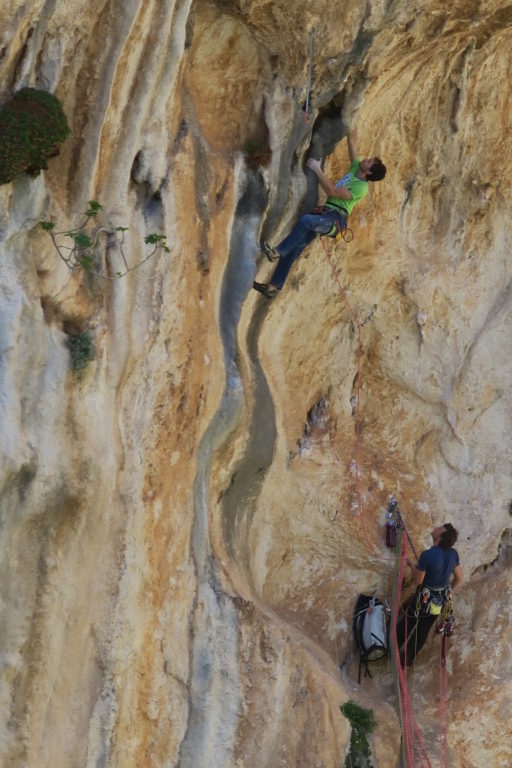 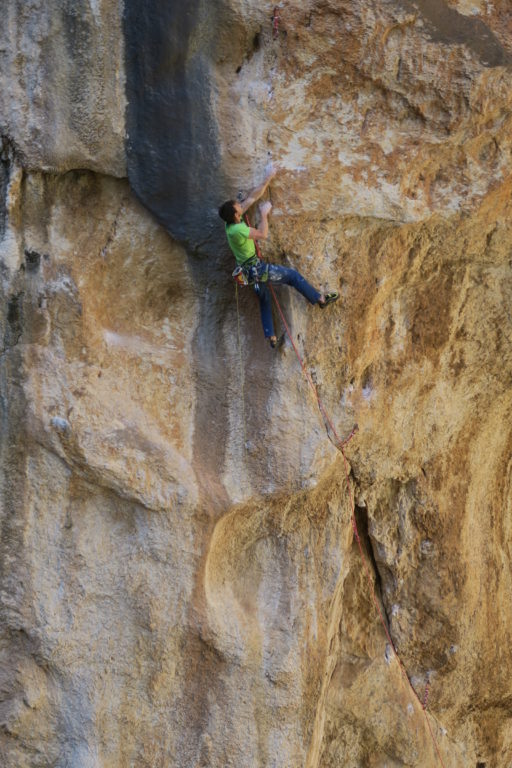 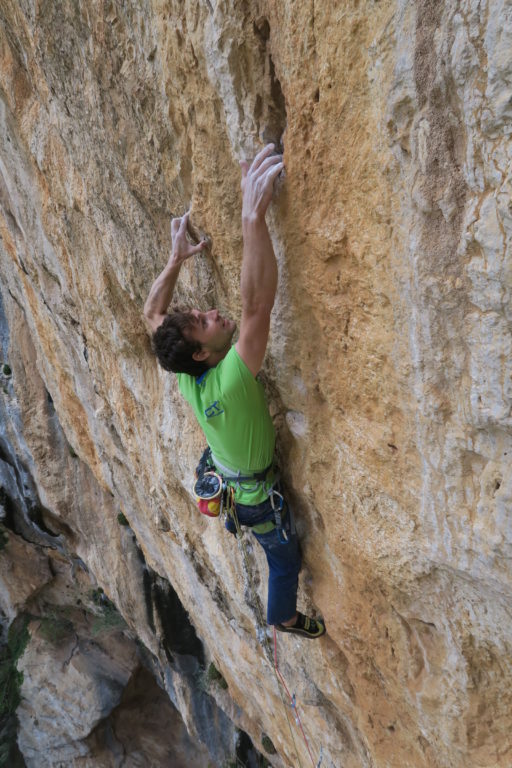 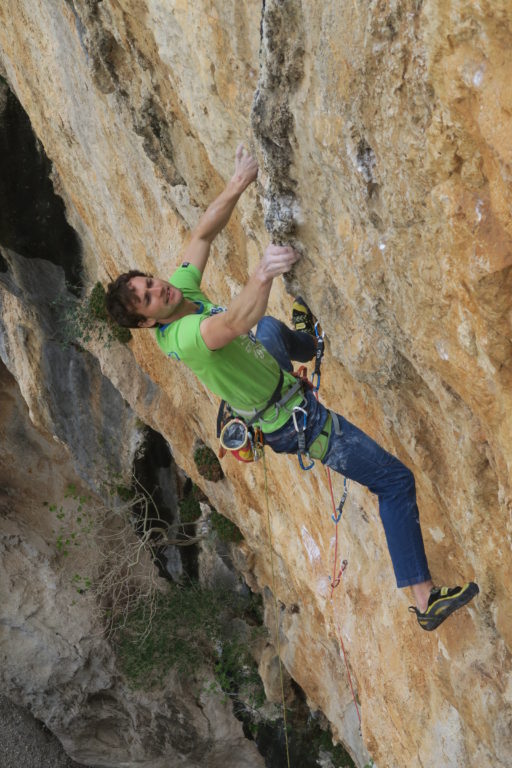 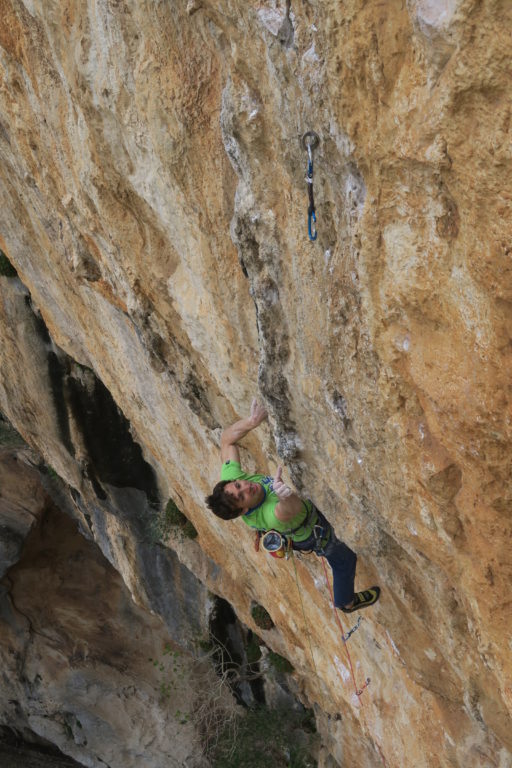 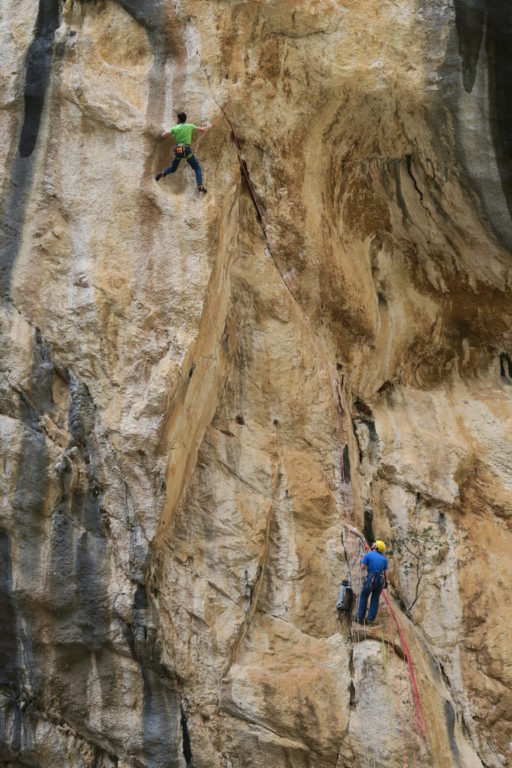 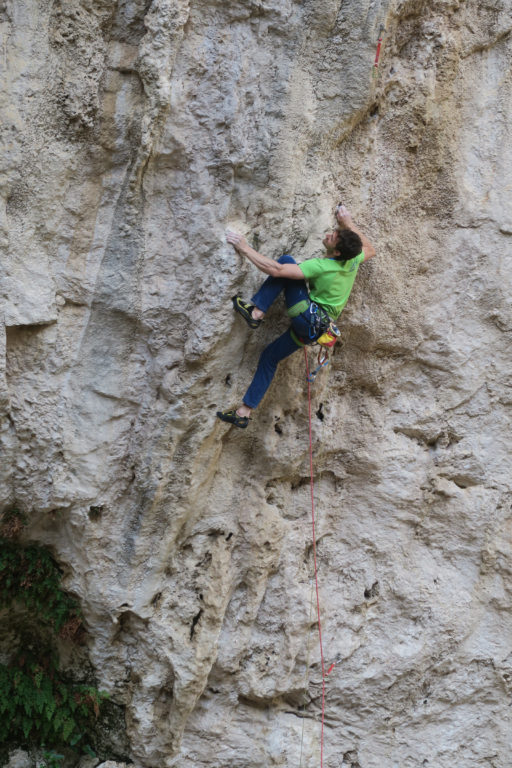 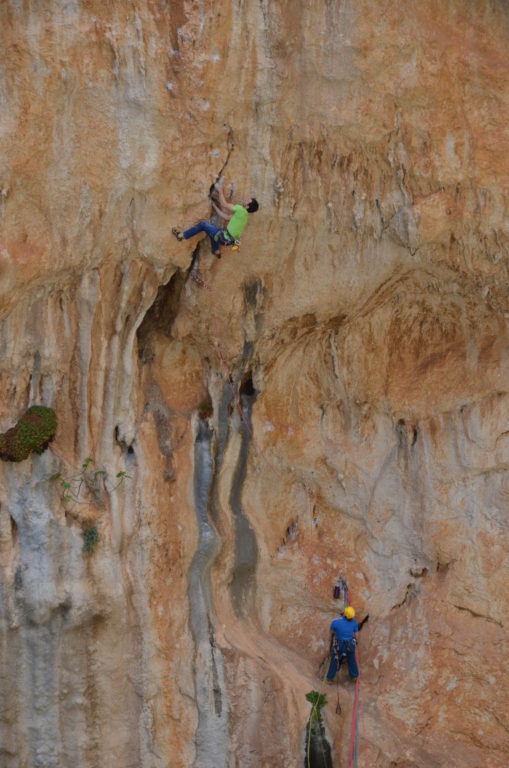