Kalymnos (Greece) – Yesterday we went to see the new crag (whose location was top secret) on the island of Telendos where the six Legends participating in the Kalymnos Climbing Festival 2014 were climbing.

The new crag, bolted by The North Face’s top athletes, is on the south side of the island, in a gorge with many climbable spectacular crags whose rock is very different from the tufas which characterise Kalymnos. Grey-yellow rock, vertical or slightly overhanging. Forget the big caves visible from the sea – here you climb on crimps, slopers and the odd hole. The routes bolted(so far 15) are on the most technical sections of the crag, considering t he level of the climbers who should free the routes. The zone offers many other possibilities for bolting routes. 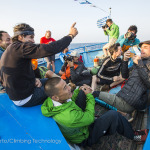 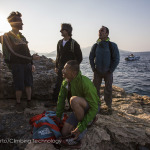 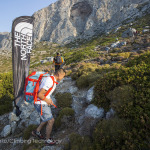 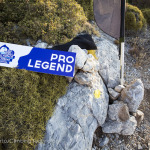 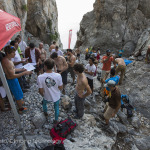 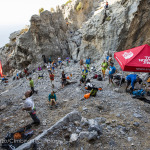 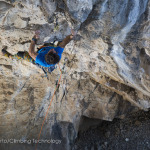 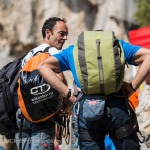 The Legends warmed up on routes whose grade was (estimated by the bolters to be) around 7a before moving onto “serious” grades (up to 8a/b). Jean Baptiste Tribout and Patxi Arocena broke the ice without too much difficulty, chatting to those on the ground while they both climbed the warm-up route, which Arocena named “Mitos and Legends” (or Mithos, after the famous Greek beer?)

The day continued with some surprises, such as the brightly-coloured leggings worn by Boone Speed and Ben Moon, a throw-back to the Eighties and which seem to be coming back into fashion. 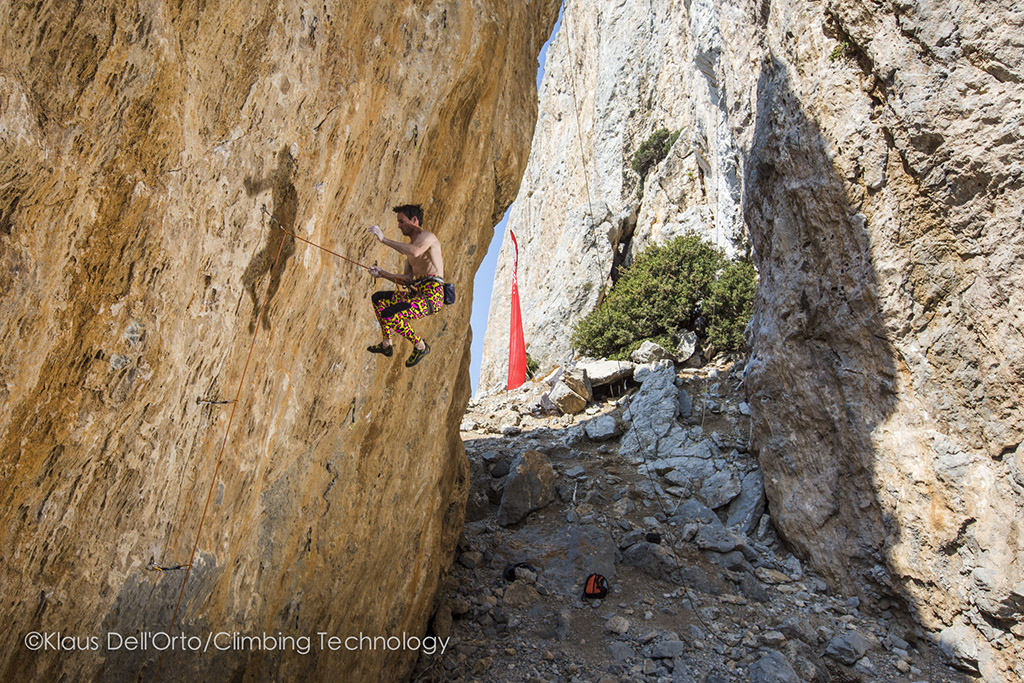 One thing was certain, as Tribout’s partner ironically commented, it seemed like one of the first climbing competitions from more than 20 years ago!

Together with the Legends were the athletes sponsored by The North Face and climbers of the calibre of Barmasse, the Pou brothers and Simone Moro (who as well as a climber is also a father and brought his son along).

The Legends were lucky to have our quickdraws already in place on the routes and to be able to use the Click Up, which was explained to them by the mountaineer, alpine guide and Climbing Technology advisor Maurizio Giordani. Of course there were some falls in the course of t he day and the Click Up diligently made its Click sound! (The Click Up gets its name from the “click” it makes when it locks-off the rope).

In the meantime, on Kalymnos, the Big Marathon was continuing. We are already in a position to say that several Italian climbers are well-placed to achieve a good overall placing.

The second Test&Feel day was also a big success. At Arginonta and Grande Grotta, we were flat-out giving out loads of T-shirts; over two days more than 80 teams of climbers tested our products, more than 150 satisfied climbers! 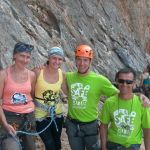 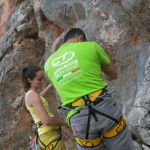 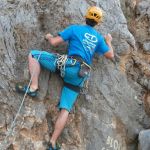 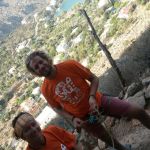 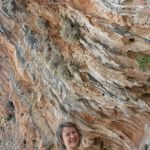 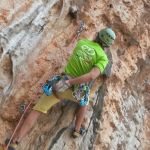 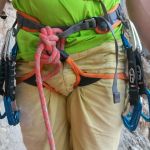 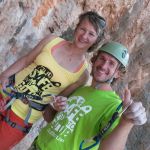 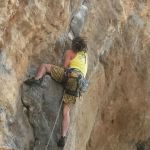 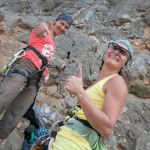 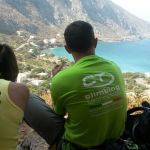 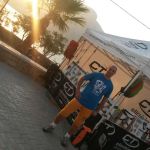